Hi guys! Me again 🙂 And its one of my favourite days today… NATIONAL ROSÉ DAY! *confetti cannon going off in my head – woo!*

I love rosé wine probably more than a girl of 20 should (the legal age for drinking alcohol is 18 in the UK before anyone tells me off for underage drinking) but everything’s okay in moderation right? Well I get it from my momma who always buys a crate of Barefoot White Zinfandel every time we go to Costco without fail, which leads to many lovely Sunday afternoons being spent out in the garden sipping on lovely chilled wine while chatting with my mum or friends… But it’s the best wine that i’ve ever tasted (apart from the Rosé Moët champagne that I had on my 18th and 20th birthdays.. *reminiscing*), so I mustn’t complain.

I didn’t have a birthday cake this year as my parents were away and my brother isn’t that thoughtful to go out and buy me a birthday cake… and it seemed a bit too sad to go out and buy my own birthday cake 🙁 So I decided to do something I love doing – making cupcakes. I am a self-proclaimed Cupcake Queen *sassy hair flips* because whenever theres an occasion (or Sunday afternoon with nothing to do) I make cupcakes and they’re a pretty big hit with all of my family and friends.

Getting back to the main point of this post, I thought I’d share with you all a quick cupcake recipe that I made for my 20th birthday. I wanted something a bit different and a tad more mature as I was no longer gonna be a teenager. After a quick bit of googling for cupcake recipes I came across a Pink Champagne Cupcake recipe on the Betty Crocker website, which seemed pretty easy to follow and looked really cute and pink. The actual recipe was really easy and quick to do, it basically consists of a simple vanilla cupcake recipe with some pink champagne added into the mixture (the website says to put in 1 & 1/4 cups of pink champagne but I probably added more like 2… because why not?)

Because I was being lazy when I made these I was using a packet sponge mix to make the cupcakes, in my defence here I was looking after my 16 year old brother for a week which was tiring as fudge. I also made some double chocolate cupcakes (chocolate sponge with chocolate centres) as I wanted my brother (he’s a fussy eater) and other kids to be able to have some of the cupcakes without the worry of possibly getting them drunk (probably unlikely but I’m a worrier).

For the Vanilla/Pink Champagne cupcakes:

Once I had created the cupcake mixtures I added in the 2 cups of pink ‘champagne’ (I used a fizzy pink moscato because I was on a budget #StudentLife) to the vanilla mixture and then mixed it all together with an electric mixer that I had treated myself to as a birthday treat. Then I poured the mixture into the cupcake cases, the packet mix I used made about 12 cupcakes. Pop them in the oven for about 15 minuets or however long the recipe used calls for.

While they were in the oven I made the pink champagne buttercream frosting following the recipe on the Betty Crocker website and put the frosting into a piping bag with a star nozzle, which creates the most adorable cupcake swirl.  After the cupcakes had cooled I iced them with the pink champagne frosting and decorated them with white chocolate stars, edible pearls and silver glitter. I put stars on some, pearls on the others and edible silver glitter on all of them to give them the cutest little shimmer.

For the Double Chocolate cupcakes:

I made the chocolate sponge mixture according to the instructions on the packet mix I was using and then distributed the mixture between about 12 cupcake cases and then popped them in the oven (these were much quicker to make than the pink champagne ones). I decided to use some ready made chocolate frosting for these ones because I was feeling lazy. I let these cool while I was decorating the vanilla/pink champagne cupcakes, before the chocolate cupcakes were totally cooled I put the chocolate centres into them- I always use the Dr Oetker ‘surprise inside’ centres, as they’re so easy to use and taste amazing!

Once I was done icing and decorating the pink champagne cupcakes the chocolate ones were ready to ice. So I put the chocolate buttercream into another piping bag with a star nozzle, iced them and then decorated them with white chocolate stars, strawberry shimmer crunch pebbles (?) and more edible silver glitter because you always need more glitter.

I really loved these cupcakes! They looked so cute and tasted soooo good! Everyone really enjoyed them and I got lots of compliment about how cute they looked. So I was rather proud of myself. Cupcakes are really easy to make and I am starting to expand my cupcake catalogue (and started making them without the aide of packet mix haha!) Will keep you update on my cupcake adventures as I’m bound to make loads while I’m home for the summer as I have a occasions and birthdays coming up soon which will obviously require cupcakes! 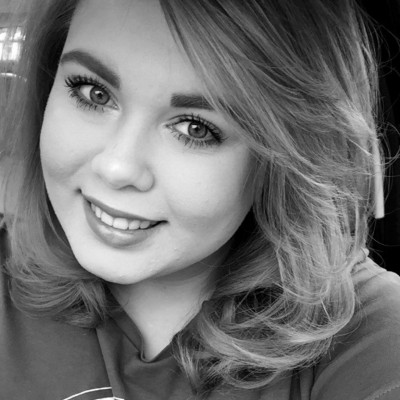